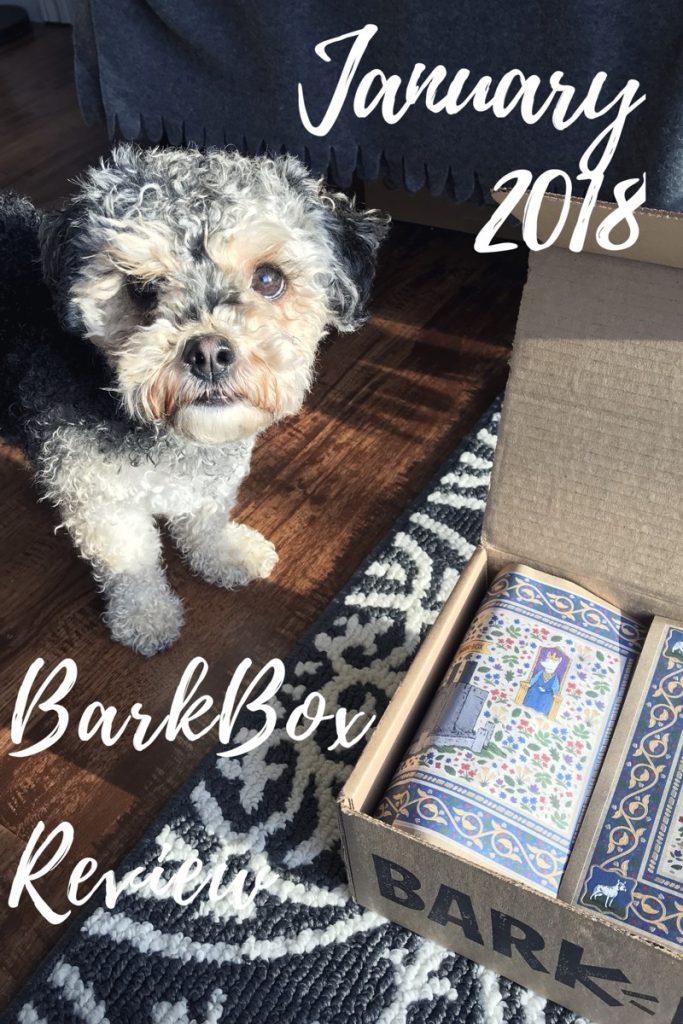 What Is BarkBox?
For those that don’t know what BarkBox is. I have one question, where have you been? I say that in the kindest way possible because BarkBox has been blowing up social media and the internet for some time now. So we will pretend you either don’t have a dog, or you don’t go on the internet.

So what is it you ask? BarkBox is a monthly subscription box for your dog! Every month you dog receives a box in the mail which is themed and includes two toys, two treats and a chew that go along with that months theme. When signing up you will answer a couple questions, such as the size of your dog and how long you want your BarkBox subscription. For example, Marlee is a small dog about 11 pounds so she gets the “small and cute” BarkBox. There are also options for “Just Right” sized dogs 20-50 pounds, and “Big and Bold” dogs 50+ pounds. Regardless of the size of the box you choose for your dog, the price stays the same.

Depending on your subscription length, the price changes. Marlee has the 12 month subscription which is $20 a month, and we signed up this past November and got our first BarkBox for only $5. There are also options for one month and six months. 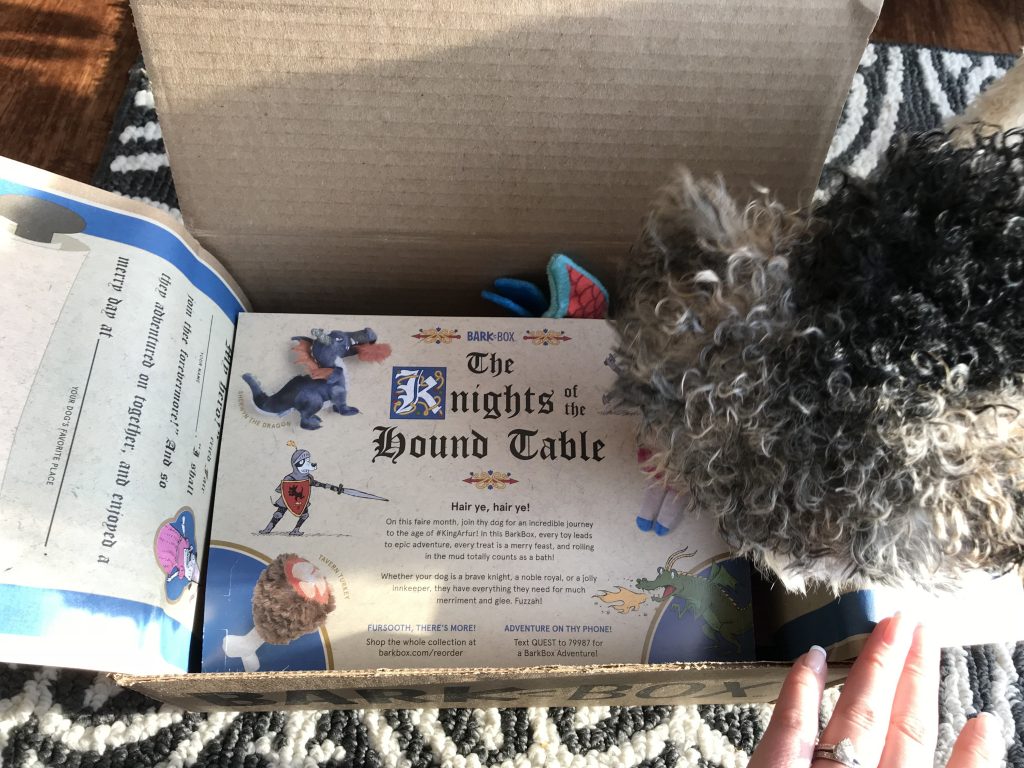 Theme
January’s theme was The Knights of the Hound Table. The people at Bark truly get so creative with the themes and don’t miss any of the details. The details card included in?the box explains the months theme, showing some of the toy options, as well as where to order the rest of the collection and how to get quests sent to your phone! On the reverse side of the details card, is a pop out crown for your furry?friend to wear! If your dog is anything like Marlee, they will hate this. But it is cute nonetheless, and they don’t need to wear it for long, in order for you to snap a quick picture.

The paper that holds everything in the box, also has not been over looked. On one side, it shows a cute cartoon of some dogs fighting a mighty dragon, trying to save a princess dog. On the reverse side is a funny, create an epic tale fill in the blank. Allowing you to create a story starring your four legged best friend. 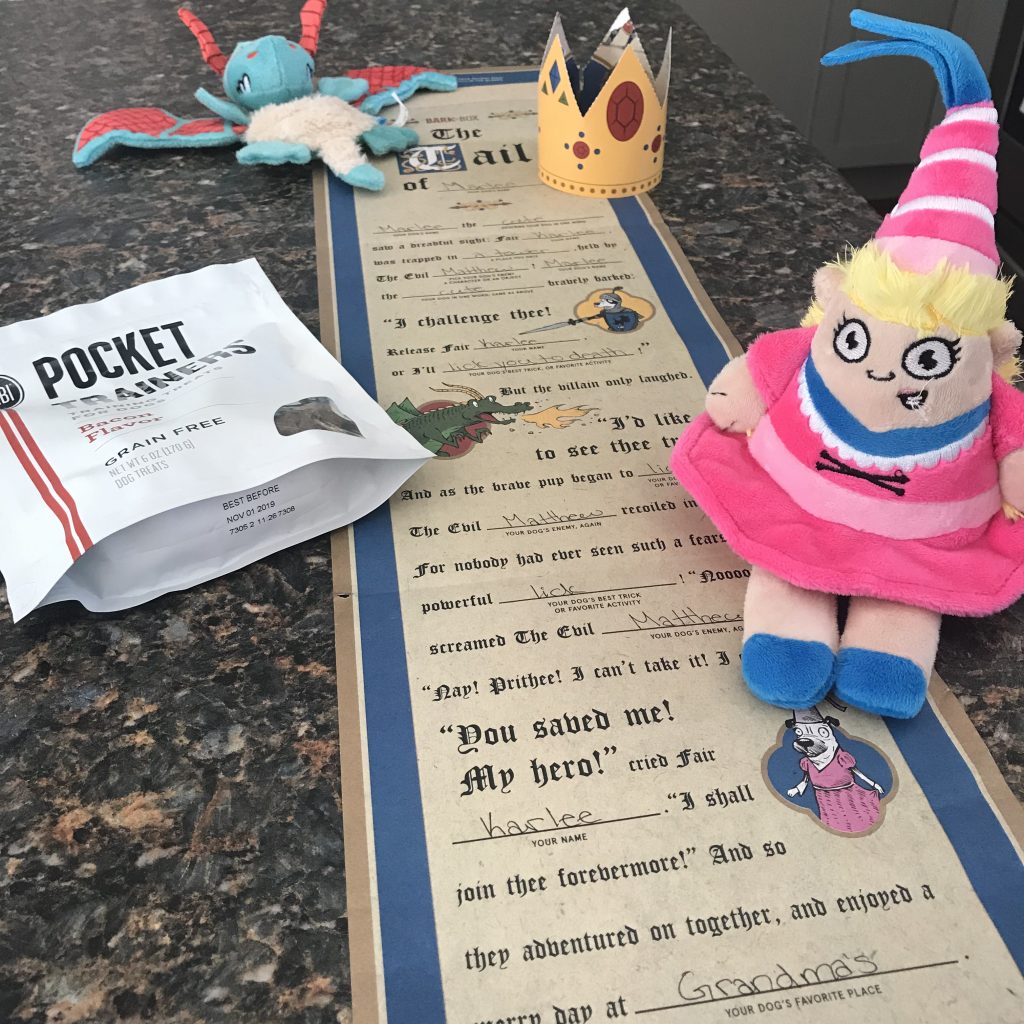 Toys
In every BarkBox there are two toys included. Unless you’re apart of the extra toy club, which you would need to sign up for when you start your subscription, you unfortunately can’t add it in later. 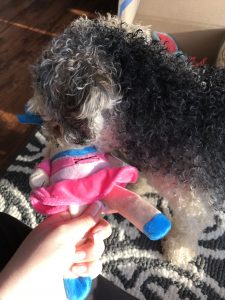 Marlee only receives the subscription with two toys a month, but that is enough for her, since we regularly get her toys from various local pet stores.

In this months BarkBox, Marlee received “Fur-Haired Maiden” and “Grimbold the Dragon.” When I first opened Marlee’s BarkBox, she was all over it. This was the third one she has received and this was the first time she was right there with me as I was opening it. Immediately she stuck her head into the box and was trying to grab stuff out of it.

When she saw the “Fur-Haired Maiden” toy, she grabbed it out of the box before I could even get a picture and was gone playing with it. When I took out “Grimbold the Dragon” she sniffed him and took him away but wasn’t as interested as she was in the first toy.Since initially opened Marlee’s BarkBox and taking?out the toys, she has played with both toys consistently. She has also played with all of her toys consistently from her previous BarkBoxes, some so much they have no stuffing left. 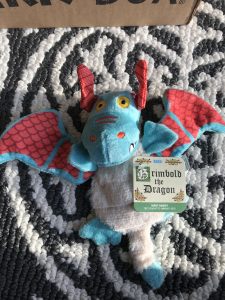 One thing I love about the BarkBox toys, is that the tag attached to the toy gives you more details about it. For example, the tag for “Fur-Haired Maiden” shows that the toy has long hair which the dog can rip, it includes a giggle stick, as well as double the fluff. “Grimbold the Dragon” has crinkle wings and squeakers inside. As pet owners, we know that our pets and dogs especially love to destroy their toys. Marlee loves tearing the fluff out of her toys, and digging to get the ever coveted squeaker. Knowing that the BarkBox toys are made with my pets likes in mind, gives me joy. Also, if your pet destroys their toy, you can contact Bark and get a replacement! 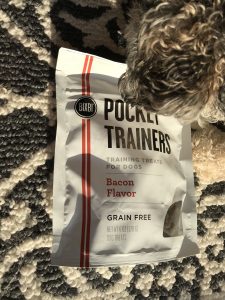 Every BarkBox comes with two bags of treats and a chew. All of BarkBoxes treats are grain free, which is great for Marlee since she is allergic to grain. Marlee is also allergic to chicken, so when we set up her monthly subscription, we contacted BarkBox and let them know.

We only once received an item with chicken in it, and I realized after Marlee had devoured it but thankfully she did not have a reaction. If your dog has allergies contact BarkBox and they should be able to help you, but I recommend always checking the ingredients before feeding anything to your dog. 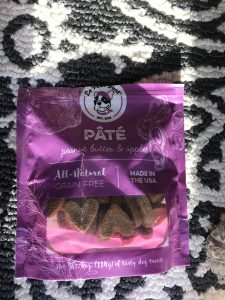 This months treats were, Bixbi’s bacon flavor pocket trainers?and Le Petit Treats Pate Peanut Butter and Apple Biscuits. Marlee really enjoyed the peanut butter and apple biscuits but she wasn’t a huge fan of the bacon flavour pocket trainers. I do have a theory that she doesn’t like bacon flavoured treats, she only likes real bacon. However, Marlee is a very picky dog, so I know that there is a chance that she won’t like the treats that come every month. Whenever this is the case, I give the treats to my mother in laws dogs so that they don’t go to waste.

Marlee, did however, absolutely love the chew that came in the January BarkBox. This months chew was?Deer Chew. Marlee received the 7inch chew since she is a small, dog but there is also a 12inch option for larger dogs. Now let me tell you, form the moment I took the chew out of the box, Marlee was all over it. Sniffing and trying to take it away before I even had the wrapper off of it. Once it was unwrapped and I gave it to her, she chewed on it until it was completely gone. This is very unlike her, because as I mentioned before, she is a VERY picky dog. So this chew was 100% a success, and I will be reordering in the future. 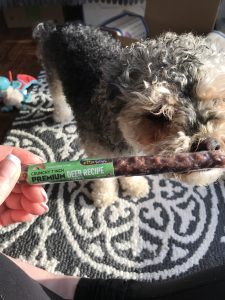 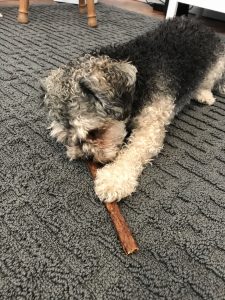 Is It Worth It?
The question that everyone is asking, Is It Worth It? In mine and Marlee’s opinion yes! January’s BarkBox was definitely a hit with Marlee and we definitely think this month was worth it. For only $20 we received two toys, one that she loves and the other that she consistently plays with. We also received two treats, one again that she really likes and the other while she isn’t a huge fan, my mother in laws dogs with enjoy. Lastly, the chew she received she worked at until it was completely gone, which is a miracle in itself.

While some may say that since Marlee didn’t love the treats it may not be worth it. However, if you have a picky dog this is the perfect Box for you. Every month your dog gets two new types of treats, at some point over the course of your subscription you are almost guaranteed to receive a treat that your dog loves. Once you have found one, you can continue to reorder the treat off of the BarkBox website. You will also continue to receive your monthly BarkBox and maybe you will find more treats that your picky four legged friend loves. Not to mention, the toys alone are worth $20+ so you aren’t wasting your money. Yes, you can get cheaper toys at the pet store, but these are good quality toys, that BarkBox will replace if your dog destroys them. So I think that all is a win for me and Marlee. 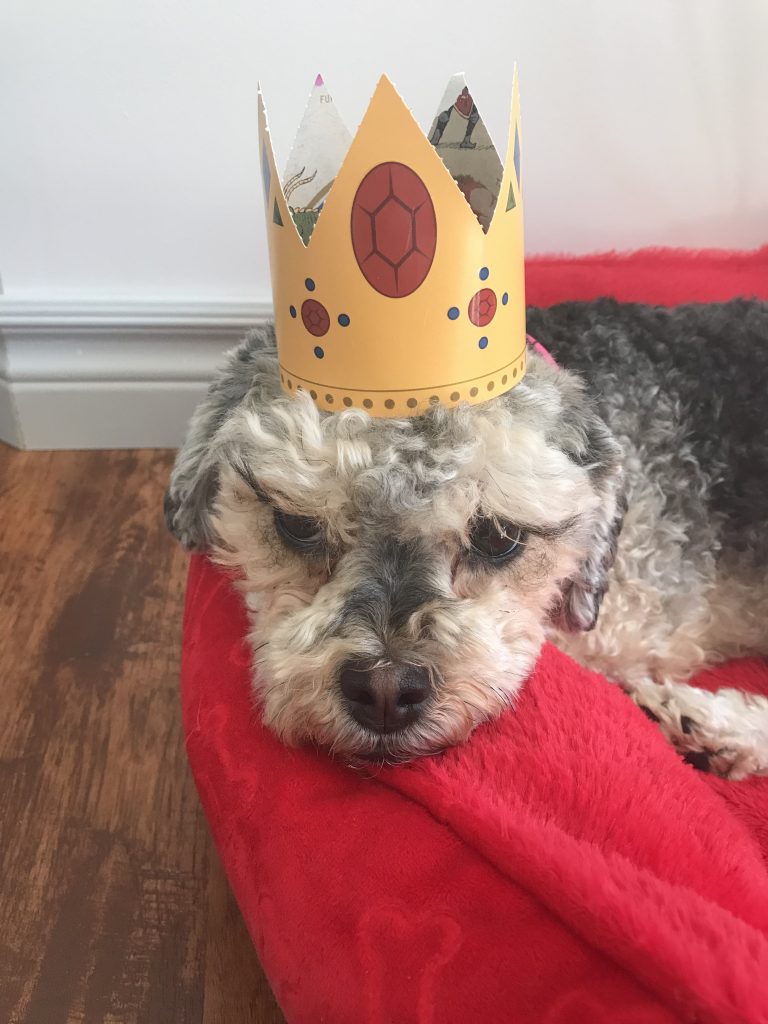 If you also want to be winning like Marlee, sign up for your own BarkBox subscription here. We promise you will love it, and your furry best fiend will start to love the mailman!

P.S. Want to learn more about Marlee and her journey? Check out her Rescue Story post!

*This post is not sponsored, all thoughts are our own*

Keep in touch with us: